Yesterday I gave the last goodbye to an angel, yesterday I had to give a farewell from the distance to my friend Kees Veldboer Saw, founder of the Ambulance Wish Foundation.

A moving ceremony, live-streamed for all of us who wanted to be by the side of this loveable Dutch family in these hard times.

And on this last trip, he was not alone. By his side, his inseparable Ineke, and next to her, their family and a net of volunteers that through a human halfway clapped Kees’ exit and escorted the ambulances for the last trip of this great man, the last trip of this lovely big guy who sadly left us too early.

The thing is that as of today, it is still hurtful to write these words because a feeling of rage and disbelief still clouds my mind, but I will take a deep breath and try to finish typing this necessary article, which is my particular Con Tinta de Médico homage to his story.

For those who have not met him, I will tell you that Kees was an authentic, humble, simple and hardworking person. His more than two metres of height impressed you at first sight, but as soon as you got closer to him, you discovered that he inspired familiarity and trust, he was one of those people that you felt like inexplicably hugging.

In the year 2007, Kees created the Stitching Ambulance Wens and started to fulfil the wishes of patients who faced the end of their lives and needed an ambulance with a qualified team to fulfil their last will.

From then up until now, Kees spread joy among thousands and thousands of people, fulfilling up to 16.000 wishes with his ambulances. Wishes that in spite of the special circumstances that surrounded them were a real blast, where not only the patients benefited from achieving their last will, but the family members that saw how strangers gave everything in order to achieve the dream of their loved ones, a disinterested love gesture that didn’t leave anyone indifferent. But the hearts of the patients and family members weren’t the only ones that melted since at the same time the professionals and volunteers who participated in the whish ended up with the same feeling of rewarding satisfaction which made all of the effort and time worth it, and that motivated them to fulfil the next wish.

I still remember when we invited him to Spain for the first time, a bunch of crazy dreamers created a project of humanization in the emergencies and catastrophes (Foro HURGE), and we sent Kees an email inviting him to participate in our forum, an email which he surprisingly replied to quickly RSVPing.

Kees and Ineke arrived at Murcia and made all of us fall for them, love at first sight, one of those that are hard to find. We were so moved when he shared his experience with us, so we suggested bringing his project to Spain, which he trusted on us without hesitation even though we were strangers to him, and he held a hand out to bring to reality what today is la Fundación Ambulancia del Deseo España, a gesture that we won’t forget.

We travelled to the Netherlands, where he opened the doors of the foundation and his home to us, and we shared great unforgettable moments together.

I will gift you an anecdote that we had together, alongside my friend Manolo. Well, apparently Kees did not like to eat fish, but I had no idea about that. So during one of the wishes that we were doing in the Netherlands, around 5 pm, I was starving while keeping company to one of the patients and their family members to fulfil their wish. When we did a pit stop, we decided to buy something light to eat, and funny enough, the thing that we decided to get was fried fish.  So there I was, next to Dutch strangers sharing oily fried fish in the ambulance while Kees looked at us from the rearview mirror, without wanting to take a bite of the delicious food that we ate. I offered him countless times, but he declined politely, and as the time passed, the ambulance started to smell fishy. In one of those moments, Kees whispered to me that it wasn’t the best place to eat that, but it was already too late, and since it was the patient’s wish he had to accept it. I will keep to myself what follows next to share it on a different occasion since we should always save something for later.

Kees taught us how to put the word humanization in front of healthcare, from theory to practice, and he did it with the most moving project that I have heard of in the last few years, and with the resource that I go in during my shifts, an ambulance.

I don’t want to overextend myself, because it is going to be hard to translate all of this, but I will just say that the world has lost a great person, but Heaven has earned a two-metre giant that I am sure will be well accompanied by the thousands of patients that he helped.Your loss is irreplaceable friend, but I will assure you that we will work hard for you to feel proud of the trust that you put in us wherever you are. Kees Veldoboer Saw, we miss you, we really do miss you.

PS: This short post is dedicated to the memory of a great person, and obviously to the whole team and volunteers of the big family of the foundation, sending lots of love to Ineke, R.I.P Kees. 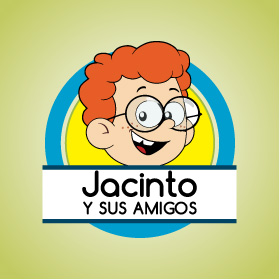